It's never too late for Carrot Cake 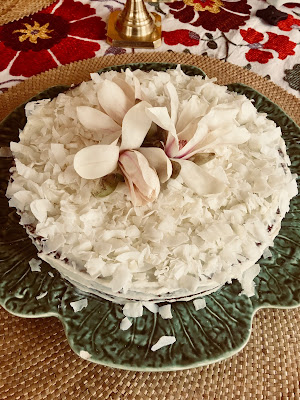 This recipe has been in my family as long as I can remember.  Both of my grandmothers made a version of this cake, one had raisins, the other walnuts, but they were always three layers, with the thickest sweetest swaths of cream cheese frosting between the layers, and finished with generous layer of sweetened shredded coconut. My dad still makes his mother's version on a regular basis. My sister and I always fret about the calories, yet that's never stopped us from splitting a second piece. 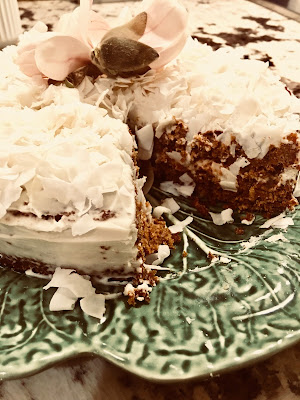 My version of this cake isn't that much lighter, and I promise that it tastes just as decadent, but it's at least gluten free, and can be grain free if your prefer (see recipe notes). The fruit forward flavor of carrot and pineapple are the stars of this show, and I actually think the paleo flour holds a bit more moisture for a richer crumb.  I usually make this in a bundt pan, and drizzle it with a goat cheese/ nut milk/ sugar or honey drizzle.  However,  since it's Easter, I decided to go with the extra icing, and add unsweetened coconut flakes. It's only two layers, and the frosting is a half and half combination of goat cheese and a coconut oil based frosting.  It's not as rich as butter, but still adds the sweet tang that compliments the cake. 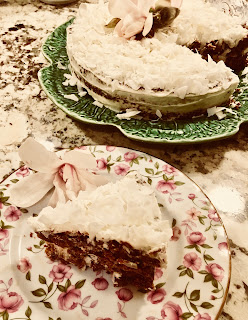 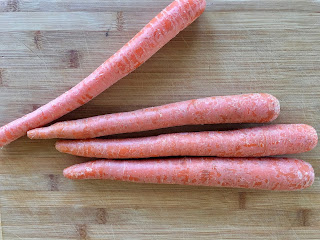 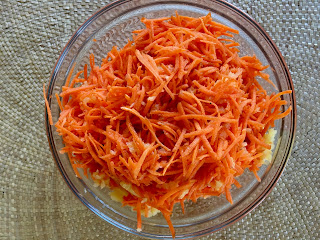 bring both ingredients to room temperature and mix together until homogenous

Pre-heat oven to 350 degrees.
Grease and flour either a bundt pan, or 3 round cake pans. I usually make this into a bundt cake, but you could also make a layer cake w/ a goatcheese frosting.

Cream together eggs and sugars.
Slowly add coconut oil until mixture is silky in texture.

Sift together flour, baking powder, soda, salt, and cinnamon.
Add dry ingredients to the wet mixture, one cup at a time. Mix on low until thoroughly combined.

Add pineapple, coconut, carrots, and walnuts. Again,  mix until combined, but be careful not to overmix.

After removing the cake from the oven,  let cool, and then remove to your cake plate.  Frost as desired.